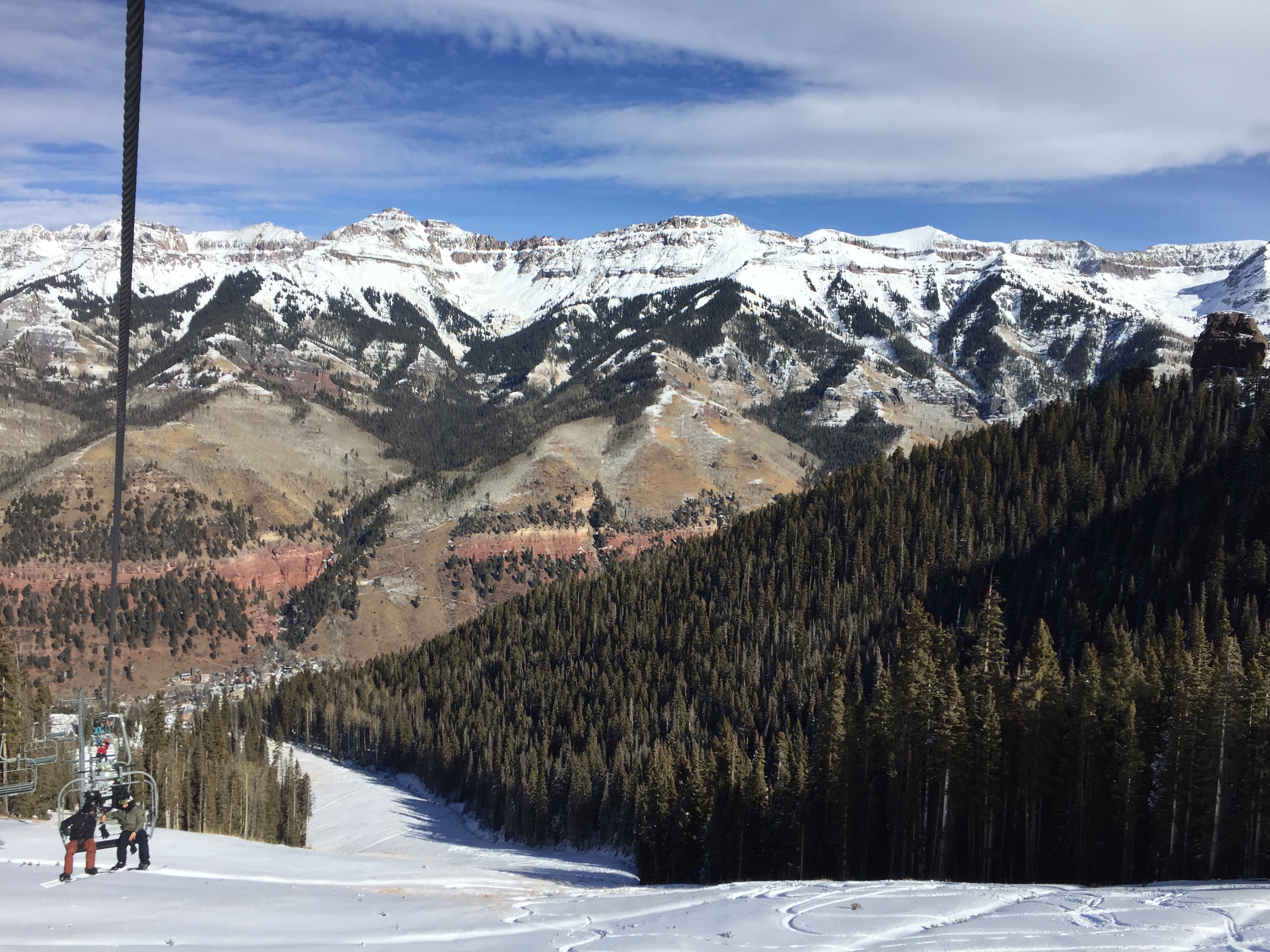 After the mining days of Telluride, the town saw a huge drop in population. What jobs would there be if not mining? Joe Zoline had an idea to change this. At the time, several locals were hiking to the remote parts of the mountains that they could ski. Hiking up with wooden skis and coming down in the powder. Zoline saw this as an opportunity for a resort. Ski lift access to a remote mountain range far from the other big resorts.

Telluride Ski Resort opened in 1972 with five chair lifts and a lodge on the Mountain Village side of the mountain. In 1975, they expanded with the first lift (Coonskin) on the Telluride side. Locals could now get several runs in without ever hiking up a foot; and others were beginning to hear about it too. Amongst these, Ron Allred and John Wells. The two decided to purchase it from Zoline in the early 1980s.

The resort gained two new lifts in 1985 and in 1986 installed the longest running high speed quad lift in the world. The 90s brought change too. What would Telluride be without it’s famous Gondola? The Gondola, running from Mountain Village up the mountain and down the other side to the Town of Telluride, began its life in 1995 as the nation’s first free public Gondola.

From then on Telluride has gained more momentum every year with now 13 running lifts and over 2000 skiable acres. A town that had all dirt roads fifty years ago, is now named one of the best ski resorts in the country. It brings people from Brazil and Texas and Australia. From small corners of the world and big cities. A place for celebrities to go unnoticed and for you to spend your Christmas. So this ski season, appreciate all that Telluride is. Give homage to its small beginnings and those who skied before.