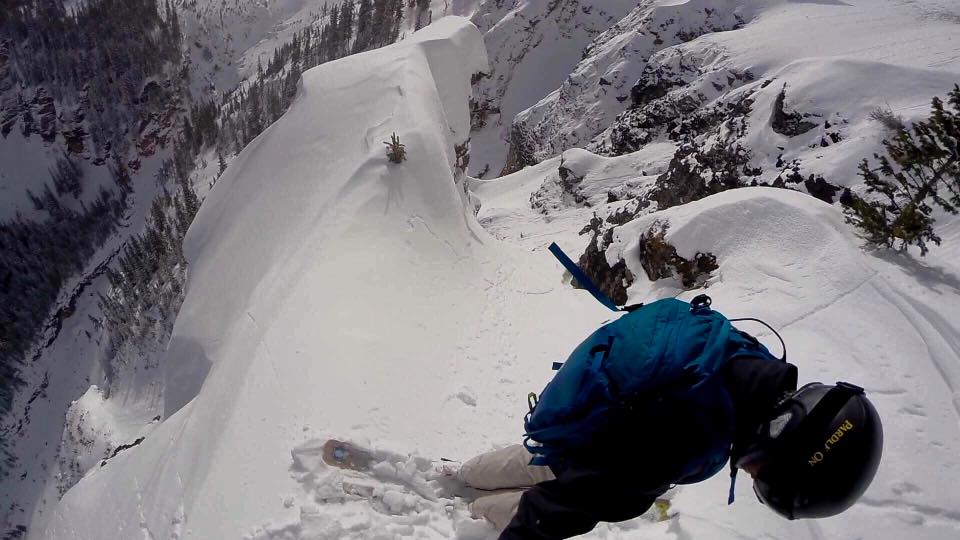 Telluride and The Three Little Pigs

If you're around Telluride long enough you start to hear stories and rumors of illusive, risky, but incredibly rewarding ski runs that are not in-bounds and are definitely not recommended or safe. But after years of training and working my way up, when the opportunity aligns and the snow looks good it's hard to deny the temptation that these steep and dangerous zones hold. One such zone is The True Revelation Bowl of Telluride, and after careful consideration we had planned to descend it.

We definitely got some odd looks as we cut left out the gate, away from Nellie mine and into what I’ve always referred to as “No-Man’s-Land”. We followed the ridgeline across several large hanging snowfields, some of the lower cliffs probably nearing the 400 foot range. With the rope line still on our left, we knew we still had some time to back out if we changed our minds. But the snow was feeling stable and our cuts were holding, and so we slowly continued our descent into the unknown. As it rolled over, I could see the base of Lift 15 and the platform far above us now. The powder was deep, but scary to play in, knowing that if anything went wrong there wasn’t really a plan B. The gully from Revelation Bowl ends in a 300 foot cliff and my avalanche beacon and partners are nice to have, but pretty much useless in an actual rescue mission in a situation like this if something were to actually go wrong. 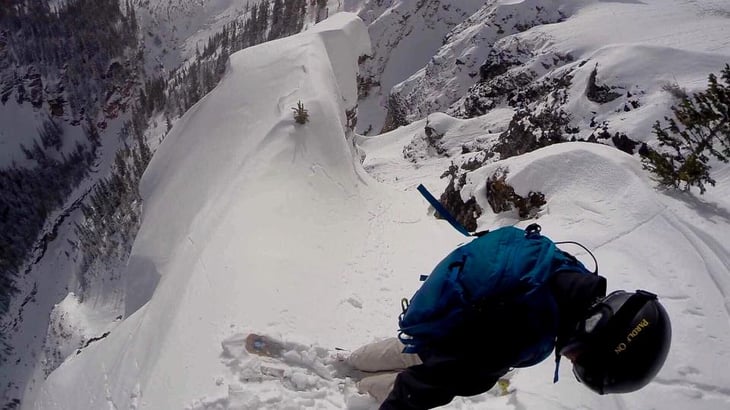 As we came to our first traverse, the line started to finally kind of started to come into view. Scotty called it the Three Little Piggies, because it was a triple-link up of some very skinny and short couloirs. I asked him who the Big Bad Wolf was as he dropped into the first Piggie, letting out a squeal and an oink. In my mind, the Big Bad Wolf was the avalanche risk. We felt good about the snowpack that day, but the sun was starting to hit it and there was definitely some quick moving sluff from the new snow layer. I was really hoping we didn’t wake the wolf that day. 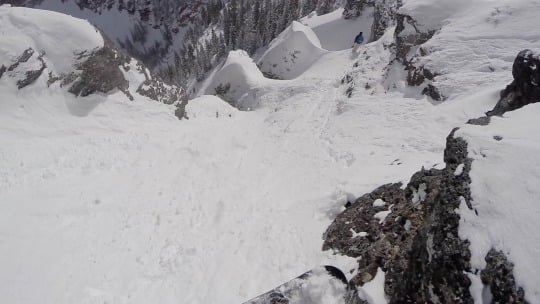 As we traversed from Piggie to Piggie, the exposure was glaringly apparent. Maybe the Big Bad Wolf was the massive cliff that was constantly staring us in the face the entire line. With no choice really but to continue our way across, the third Piggie came into view and we made our way over and out as quickly as possible. The ride out to the creek road from there was pretty easy, and I was glad to finally put what I had always thought was not possible to rest once and for all. When I looked up at what was underneath the Revelation Bowls all I saw was cliff, but to be able to pick our way through the cliff was something of a totally different experience. 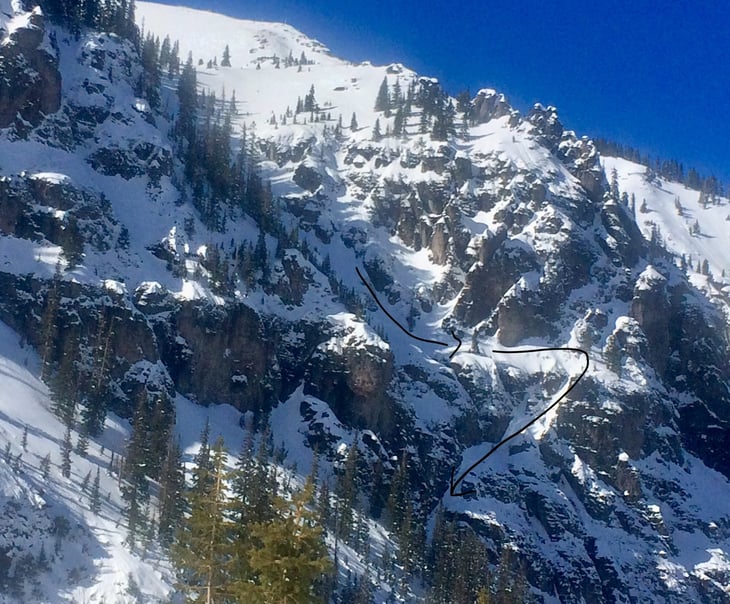 We didn’t get in a whole lot of powder turns compared to the average run, but what we did get was a completely different look at the mountains than usual. This was clearly a billygoat of a line choice and nothing to take lightly. Things become completely three-dimensional all at once and there isn’t much of an option but for the mind to shut off and let the body focus on the task at hand. Like clockwork, we had worked our way in and out of the lower Revelation Bowl and the Three Little Piggies without waking the Big Bad Wolf. But as we rode down the creek road and back into town I turned and asked Scotty what he thought the Big Bad Wolf was. Was it the cliff? or the Avalanche risk? But Scotty just let out a hoot as he exclaimed that he was in fact the Big Bad Wolf! I do know that although we did just blow our way through the Three Little Piggies one by one, it’s hard to really know for sure what exactly happened on that day. I’m just always glad to be out safe at the bottom after a highly exposed line like that one, and lets leave it there for now…